Jim is a top innovator of mountain bikes through his association with GT bicycles. 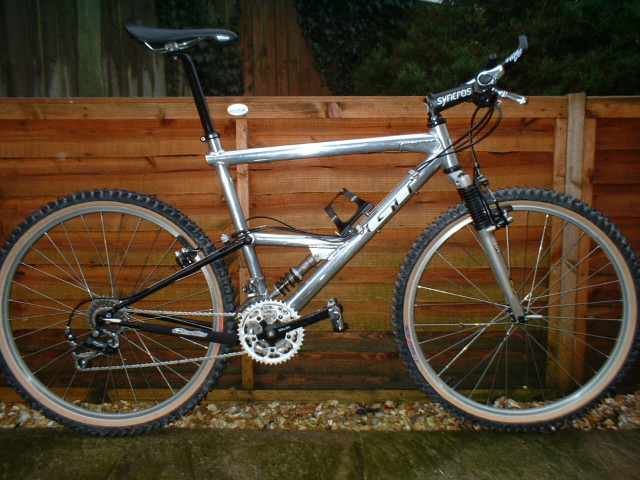 There are a few “Eureka!” moments in mountain bike history and one was when Jim Busby met Gary Turner of GT Bicycles in 1991 and showed him a handmade version of what would become GT’s groundbreaking full-suspension bicycle, the RTS-1. This bicycle revolutionized the industry for quality, safe, performance-driven AND mass produced full-suspension bicycles and started an all-out technological “race to the moon” between brands with Jim Busby and GT staying on the tip of the spear throughout the journey.

The RTS-1 debuted in 1992 where cross-country World Champion and World Cup Champion, Juli Furtado got on the bike for the first time ever at the World Championships in Bromont, Canada and won the Downhill World Championship to the astonishment of the entire field of “downhill specialists”. It soon became the benchmark for mountain bike full-suspension technology in an industry that was still trying to sell consumers on rubber bumpers or elastomers in their frames, stems, seats, etc. to go along with linkage-less designs that acted more like pogo sticks on the bikes.

The RTS-1 led to four additional models that went into production for GT while the industry tried to catch up with their own innovations. But, Jim Busby had already developed the next revolutionary suspension system for GT called the LTS-1. This raised the bar again for the industry as GT’s downhill riders led by Frenchman, Nicolas Vouilloz, Mike King and Mercedes Gonzalez continued to win world championships and podium finishes throughout the mid 1990’s. The LTS was expanded into three models plus specially developed thermoplastic constructed models. 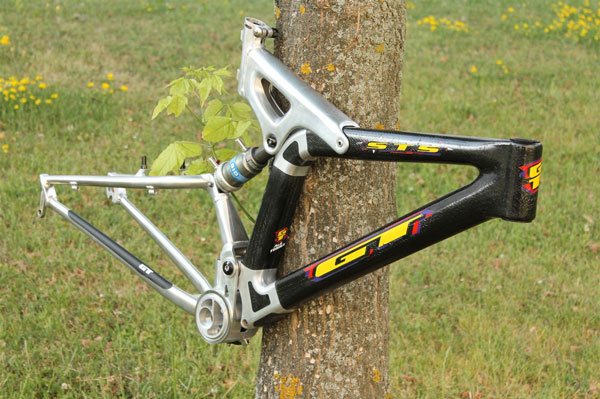 After the LTS system, Jim designed the Lobo system for both aluminum and thermoplastic frames and had success but the next “Big Bang Moment” came with GT’s i-Drive System in 1998. Jim had designed a head-scratching system that isolated the bottom bracket from any pedaling influence/feedback through the suspension’s movement. It was light and worked well for both cross-country and downhill applications (Enduro wasn’t a term yet). It even was useful on certain dual slalom and 4-cross courses under World Champions, Brian Lopes and Eric Carter.

35-year GT sponsored legend Hans “No Way” Rey took Jim Busby designed bikes to the four-corners of the earth on his Hans Rey adventures and the bikes never left him stranded, etc. where he couldn’t find parts, etc.

The basic philosophy and engineering for the i-Drive system was still being used by GT Bicycles in many reiterations for their full-suspension bicycles well into the 2000’s. It just worked that good.

While the technical aspects of Jim’s contributions to the sport are extremely notable and important, the overriding result of this is…that hundreds of thousand if not millions of bicycle enthusiasts and racers have had more fun, safer rides while pushing the industry to develop better bikes over the course of 30 years. Jim’s designs brought mass produced, full-suspension bikes to market in a variety of price points for GT that allowed people of all economic statuses to get into for the first time or expand their enjoyment of the sport. And along the way completely new types of riding evolved allowing the bravest of souls (do you hear “Rampage”) to continue to push their limits because they trusted the technology underneath them to survive and thrive to go further.

Jim’s contributions beginning with that first GT RTS-1 in 1992 was some of the earliest DNA that crawled from the metal slime of his home workshop into the fully evolved bikes we have today.