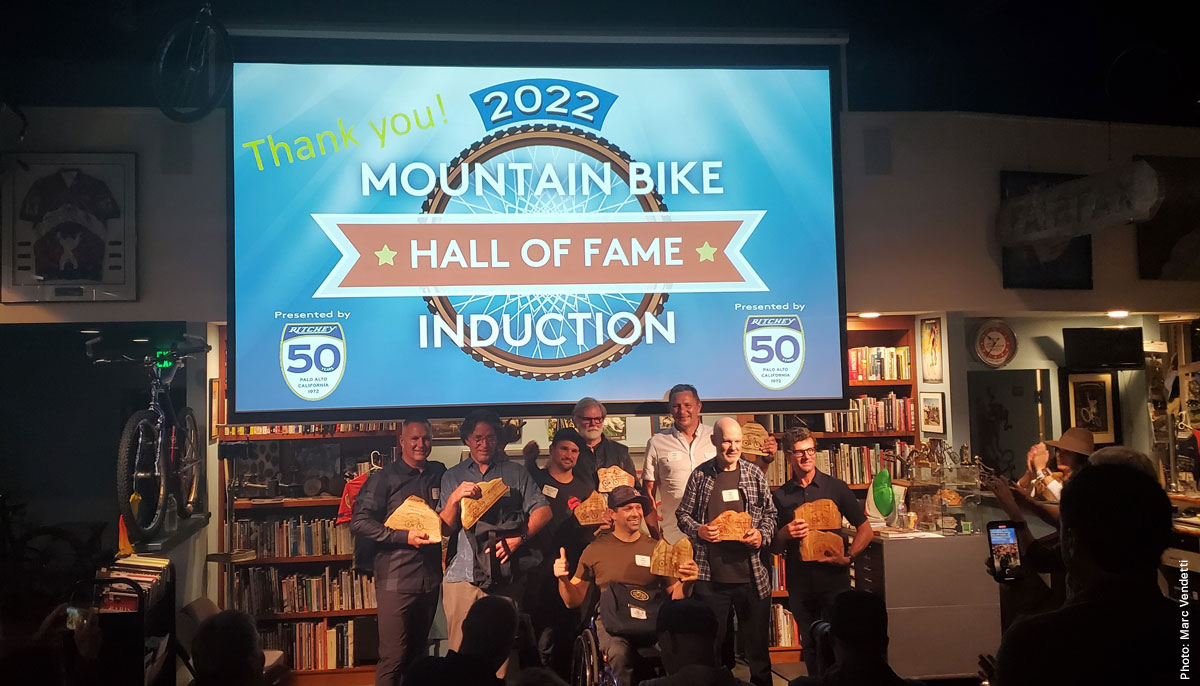 So, how does someone get into the Mountain Bike Hall of Fame? Great question. Each year, four to six individuals are inducted, with the exception of 1988, our charter year, when ten people were inducted into the Hall.

Over the years, we have transitioned from public voting to a committee-selected process of inducting members. We still accept and encourage public submissions of possible nominees. There is a process, which we describe below, that may ultimately lead to the proposed nominee being officially chosen by the Nomination and Selection Committee for induction to the Hall of Fame. To help understand this process, it is vital to understand the requirements and standards for consideration of the Hall of Fame Nomination and Selection Committee.

Read all the steps below carefully to learn how the process works and how to properly submit a nomination.

Here’s how to nominate someone, step-by-step:

Inductee candidates are proposed through our nomination process. Anyone can submit a nomination for someone they feel is worthy of induction and meets the published criteria. The Mountain Bike Hall of Fame (MBHOF) accepts nomination submissions during the month of November each year on the official Nomination Form. This form gives us the information needed to evaluate the candidate. If the candidate looks like they could qualify for induction, a member of the Nomination and Selection Committee (NSC) will contact the nominator and schedule a group Zoom meeting with the nominator and the candidate or their representative. This meeting will decide if the candidate qualifies to be added to the Future MBHOF Inductees list. This list is reviewed each year by the NSC to determine who will be inducted that year.

The month of November is the only time the nomination form is available.

The best submissions are those that are a collaborative effort between the nominator and the nominee. This is their story and they know their accomplishments and background  better than anyone else.
The candidates, or their authorized representatives, must provide written permission to be nominated and agree to the standard terms and conditions of the MBHOF. It is up to the nominator to obtain their written permission. Furthermore, the nominees (or their representatives), must be willing and able to travel to the Hall of Fame in California to attend the nomination ceremony should they be approved for induction. This is a contractual requirement.

The nominations and permissions are evaluated by the MBHOF NSC, which does comprehensive fact-checking, checks for complete and persuasive submission materials, and vet all the candidates. The best chance for a successful nomination is to make sure submissions are complete, compelling, and accurate with verifiable facts and evidence the first time. It is of the utmost importance that you understand the process and what it takes to have a worthy and complete submission that can be considered. Please take your time, make sure your submission is complete and that it includes proof of your candidate’s accomplishments and contributions. If you have any questions, please contact MBHOF Director, Otis Guy.

Key points: We have established the Nominating and Selection Committee and a vetting process to have individuals who truly deserve to be inducted into the MBHOF. While many have made significant contributions in their immediate geographical areas, the MBHOF is a global entity representing the entire world of mountain biking. Our charter recognizes those who have shaped the sport and had widespread influence. These individuals may have been working out of their garage, through a brand, an organization, or in competition. There are many aspects of mountain biking, and the sport is constantly evolving. All those who impact need to be recognized and honored. An MBHOF inductee has shifted the paradigm and changed how we look at things going forward. Their contribution will have as much significance 10 or 20 years from now as it does today. We call this the “ripple effect.”.

The candidates approved for induction by the NSC are announced to the membership and the public worldwide in January, along with the full calendar of events for the rest of the year.

Here’s a key recap of the process: