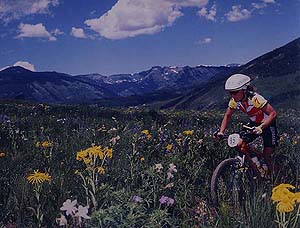 Sara’s contributions to the mountain bike racing include

Sara presently is a member of the NORBA Board of Directors.