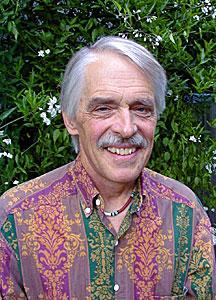 In the category of advocacy, Michael Kelley’s efforts and accomplishments have risen to counter the constant crusade against off road cycling.

Northern California led the way in inventing the mountain bike, but also in the battle for access. Trail closures hit hard during those fledgling years, and Michael Kelley responded as an unfailing advocate. In 1987, he formed the Bicycle Trails Council of the East
Bay (BTCEB), the second oldest mountain bike advocacy group in the nation. He was President of BTCEB for a number of years. As it came together, BTCEB helped develop and utilize the tools of advocacy that have become standard operating procedure in the mountain bike movement. These included bike patrol, trail maintenance, and
participation with the agencies that regulate access to trails and open spaces. That effort helped spawn similar regional groups all over the country.

A short time after forming BTCEB, Michael and others realized that there were significant regional issues that needed to be addressed, and that there was strength in numbers. Towards the end of 1987, he
and others began meeting to discuss issues common to the Bay Area. It was determined that the challenges were great, and the group decided
to pursue establishing a national group to advocate for mountain bikes.

In January of 1988, Michael attended the Bike show in Long Beach, and discovered that other activists were thinking along the same lines. Later that spring, they got together, and formed the International Mountain Bicycling Association (IMBA). Michael was a key player in the growth of IMBA. He served as its Vice President from the beginning until 3 years ago, and was on its Board until 2000. During his tenure with IMBA, Michael saw it grow from a very small organization, run out of the closets of Michael, Jim Hasenauer and Don Douglass. Because of the great distances separating these players, the work was accomplished during weekly Monday morning phone conferences. The perseverance of Michael and other early advocates,
caused IMBA to grow from tiny group, with almost no funds, to the organization that it is today, with a budget in excess of $1,000,000, an office in Boulder, and a staff of over 12.

Over the years, Michael has unflaggingly preached the IMBA gospel in his writings and advocacy efforts. He has continually concentrated on finding common ground between groups. By way of example, he is very interested in relationships between cyclists and equestrians, and has often been an ambassador of our sport to equestrian groups. This was evidenced in 1998, when he gave a very well received presentation at the National Symposium on Horse Trails in Forest Ecosystems, in Clemson, South Carolina.

Over time, Michael expanded into other areas of trail and open space advocacy. He served on the Boards of the California Trails and Greenways Foundation, and American Trails, and has been a key player in the East Bay Area Trails Council for 13 years. He has been on the Board of the Bay Area Ridge Trail Council (BARTC) since it was formed over 10 years ago, and has been Secretary of that organization since 1996. BARTC’s mission is to establish a 400 mile trail around the
ridges of the San Francisco Bay Area, and as part of his efforts, Michael has worked very hard to ensure that multi use is a significant goal of that project.

Currently, Michael is working hard to defend the 1994 Park City agreement between IMBA and the Sierra Club from unwarranted attacks.

Clearly, Michael has not tired from the battle he’s chosen. He has not only been an ambassador to mountain biking, but an avid participant as well. I have had the pleasure in recent years of partaking in some of his favored “all day” rides. I’ve seen that his
hours in the saddle have given Michael the real passion it takes to confront the foes of common sense in their drumbeat against mountain biking.