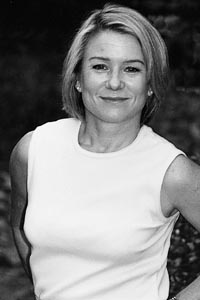 Linda DuPriest began her involvement with mountain biking as a rider, racer and bike store wrench in the mid-1980’s. In 1989, working for Specialized, she came to the second IMBA summer conference and told the rag tag group of dirtbag volunteers that we’d better get professional if we really wanted industry support. She explained the concept and value of a business plan and told us that if we wrote it, she’d help deliver it to the industry. She sure came through.

True to her word, she helped us pitch Specialized and that led to their hosting the breakthrough Land Access Breakfast at Interbike in 1989. Later that fall, she joined the IMBA Board of Directors where she has served until resigning early this year to become the City of Austin’s Bicycle Coordinator.

As the industry’s first, and until last year only paid industry advocate, Linda has been tireless in fostering corporate responsibility, professionalism in bike advocacy, and political organization and savvy in the bike community.

Mountain bike clubs around the country relied on Linda’s schwag to enhance their raffles and fundraising. Linda made sure that professional racers knew and supported land access. She was creative and entrepreneurial and brought the first Rules of the Trail waterbottle and IMBA’s first magazine ad to fruition. When IMBA made it’s Great Leap Forward in 1993 by professionalizing and hiring its first Executive Director, a great deal of the industry fundraising was done by Linda and Ashley Korenblat, then president of Merlin. The sight of these industry visionaries coming down the halls of Interbike had some execs reaching for their checkbooks and others looking for the door.

In 1996, Linda became a key leader in the Bikes Belong Coalition to make sure that there would be both dirt and streetbicycle facilities in the reauthorization of ISTEA. She also served on the Board of the League of American Bicyclists. IMBA’s land access advocacy and Bikes Belong advocacy are the two shining examples of a cooperative bike industry joining grass roots riders to deliver a unified political voice in Washington. Linda has been and continues to be a leader in both efforts. She brings us together–industry and rider, mountain biker and roadie, biker and politician.

Anyone, who rides anywhere, owes her.