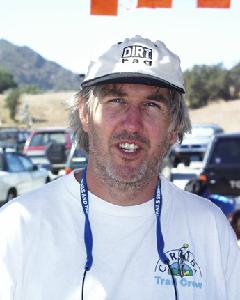 Kurt Loheit has been a leader of the mountain bike community’s efforts to contribute to the design, construction and maintenance of sustainable trail systems. For more than seventeen years, his tireless advocacy has left its mark on clubs, programs and most importantly, riding areas across North America.

Kurt was a founder of the Concerned Off Road Bicyclists Association in Los Angeles in 1987 and still serves as a member of CORBA’s Advisory Board. The following year, Kurt represented CORBA at the meeting where five California clubs came together to create IMBA.

As an engineer, working for Hughes Aircraft (now Boeing), Kurt recognized that policymakers thought in terms of programs and projects and he helped CORBA advance their programs with local land managers. In 1988, he was one of the negotiators and an original member of CORBA’s volunteer Mountain Bike Unit, a partnership with the National Park Service and California State Parks. The MBU became a prototype for patrols across the country. When the Charlie Litsky Memorial Fund was established in 1994, Kurt helped bring Marilyn Price’s Trips for Kids program to the LA area. Now, the CORBA Youth Adventures Program, it still introduces inner city and at risk youth groups to the challenge and pleasures of riding a mountain bike.

Kurt strongest contribution to our sport has been his dedication to trail building. His engineering chops and his long history in the dirt combined to give him a trail builder’s eye and a contractor’s sense of process. His enthusiasm and commitment fueled CORBA’s early involvement in trail projects which nurtured an improving relationship with initially cautious land managers. As his reputation grew, he was invited to supervise trail projects and then trail building schools around the country. IMBA named Kurt their Trail Resources Director and he was instrumental in providing technical assistance to the IMBA Trail Care Crew program. When a mountain bike club had a trail design question or problem, odds were, it went to Kurt.

Kurt’s day job was incredibly demanding, but he used his own time and money to travel to provide technical assistance to trail projects and to run trail building schools. He’s as likely to turn up in New England, Texas, Arizona, Alaska, Utah, West Virginia, British Columbia as near his home ground of Southern California. For several years, he’s run trail schools at the Nantahala Outdoor Center in North Carolina and now land managers come from the entire region to participate. He’s written about trail building issues in a number of mountain bike and land management publications. He has an active partnership with California State Parks to do trail training. He’s presented many times at national, state and local trail conferences.

Kurt has the ability to talk about trail design in a way that’s accessible to the first time, trail work volunteer and to the full time, agency trail construction specialist. He’s worked with NPS, BLM, USFS, a number of state parks, the Nature Conservancy and a variety of regional, county and city parks. His patience, encouragement and commitment to doing things right has put more trails on the ground. His professionalism has helped create the history, trust and respect that continues to opens doors for mountain bikers. Kurt has helped mountain bikers earn big returns on their sweat equity. We’re proud to nominate him for the Hall of Fame.

Nominated by: CORBA, The Concerned Off Road Bicyclists Association.