Josh Bender, aka Bender, quickly made himself a name in the emerging Freeride scene in the late 1990s. His name became synonymous for going big on a mountain bike, hucking off cliffs very few dared, at heights the sport hadn’t seen. This led to a lot of media attention and raised the bar to a level where many became worried about rider safety. With very futuristic bike designs, spectacular stunts and crashes, Bender became a household name in mountain biking. His influence on the newly born sport of Freeride changed the way mountain biking was perceived by many. It also led the way towards the first Rampage and the direction Freeride was evolving to. 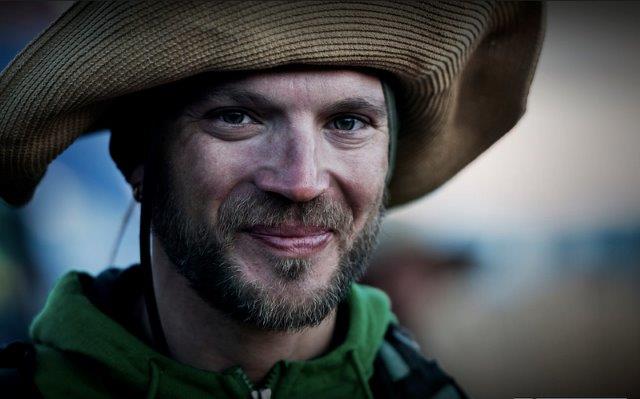 In 1999, while living in Ashland, Oregon, Bender began to recreate the “big mountain” riding style that he had cultivated in his native Alaska, bringing it to the vast natural terrain of this Pacific Northwest region. Friend and photographer Simeon Schatz captured one of the first images of a bicycle going off a 35-foot vertical cliff – Josh on an unmodified Specialized FSR, wearing only a military flak jacket for protection. This new, unique image of a mountain bike rider was not published in magazines, but was used in an attempt to secure sponsorship to meet Josh’s constant need for updated equipment.

Josh and Simeon pitched the photos to bike companies and video producers of the time. But sponsors, envisioning bad promotion and broken bikes, didn’t buy in. However, a film producer from Utah, Thor Wixom, did encourage Josh to travel to Utah to challenge the sheer cliffs and potential terrain near the Zion National Forest and the town of Virgin. Josh did go there, and the terrain would prompt him to move there eventually.

In 2001, the first Red Bull Rampage “big mountain” event was held. Although he was injured prior to the event, Josh acted as a judge of that premiere contest and the whole world got to see what the best mountain bikers in the world were capable of riding across.

Thor Wixom’s small-distribution film “Down” showed Josh Bender successfully riding out of the massive Jah Drop for the first time. That prompted Freeride Entertainment’s film producers to offer a deal: They’d pay for Josh’s airline flight, and cover any necessary hospital bills, if he would come up to Canada and “up the ante.” The next spring they released “New World Disorder 1” with international distribution, showcasing Bender’s huge riding action worldwide for the first time and planting seeds of possibility for young riders around the globe.

Pushing the limits of what riders would consider possible and pushing the limits of modern equipment, Bender proved the sport could expand beyond the terrain being challenged at the time. He proved that other riders could go to the next level – and survive. Unlike any rider before or after, Bender truly thought outside the box of what was known to be possible.

In 2003, Josh helped fund and open a BMX track facility in Virgin, Utah. To help fund it he donated the proceeds of selling his most famous bike, a radically modified Karpiel.

Josh Bender had the vision to see the possibilities, that a mountain bike could conquer much more demanding terrain. He encouraged the sport to look at terrain in a whole different way, show that  a mountain bike could conquer it. He didn’t mimic or repurpose BMX. He helped define the true capabilities of the ultimate off-road vehicle, the modern mountain bike, with a pioneering spirit akin to athletic innovators Evel Knievel (motorcycle), Mat Hoffman (BMX) and Tony Hawk (skateboard).

Check out this great story about Josh from Bike Mag:
https://www.bikemag.com/features/profiles/the-last-of-my-kind/