Hank Barlow is the creator of Mountain Bike magazine, the first full-color magazine offering off-road enthusiasts the same levels of reporting and production that existed for road cycling. Hank’s wide-ranging ideas and concepts for the magazine helped advance many aspects of mountain biking, including places to ride, environmentalism and clean riding, diversity and innovation, riding for families, and more. 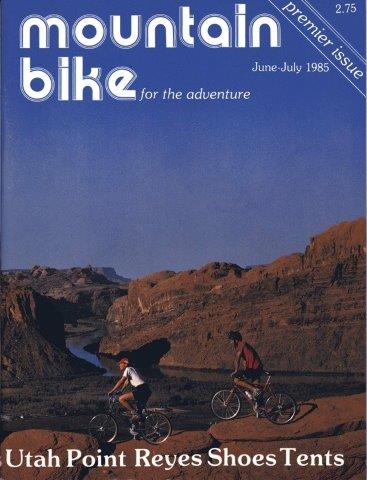 Hank had the idea of starting a magazine in September 1984 while riding the Pearl Pass Tour from Crested Butte to Aspen. By the time he got home to Crested Butte he had decided. His only publishing experience was as a writing, mostly of articles on skiing and a couple on mountain biking. He’d have to start with a shoestring budget but he knew his idea was solid. With virtually everything in mountain biking being new, there was plenty to cover, a rapidly evolving world of bikes, components, races and places to ride—starting with Moab, Utah.

“My idea was simple,” writes Hank, “a magazine created around places to ride, in full color, with the first issue featuring a place hardly anyone had heard of, Moab, Utah. I couldn’t imagine a more striking setting for launching the magazine. Crazy fat-tire bikes in a land of canyons and red rock walls and seas of sandstone. That was riding like none before. I think I’m safe in saying that Moab exploded into the cycling world thanks to Mountain Bike magazine. For the first issue, we spent a week camped at Moab’s Slickrock Trail, riding and photographing. We didn’t see any other mountain biker on the rock the whole time. I went to Ketchum, Idaho to write about mountain biking there and saw almost no sign of mountain bikers. Same thing over in Jackson, Wyoming.”

Crested Butte, Durango, Ketchum, Lake Tahoe, Moab, Aspen, Steamboat Springs, Jackson Hole, all had the magazine’s spotlight turned on them, frequently before the locals really knew what was happening. This was a new development in cycling: Mountain towns were being transformed into cycling resorts.

Equally new, even revolutionary, to the world of cycling magazines was the establishment of Mountain Bike as a strong voice for environmental advocacy. The first issue featured articles on the subject by Marshall Livingston, owner of a Point Reyes, California bike shop, and Gary Sprung, mountain biker and environmental activist from Crested Butte, Colorado. Gary became the magazine’s environmental editor and in 2005 was inducted into the Mountain Bike Hall of Fame. Hank regularly wrote articles on riding softly and respecting the environment through which we ride, and editorials arguing for mountain bikes in the wilderness. 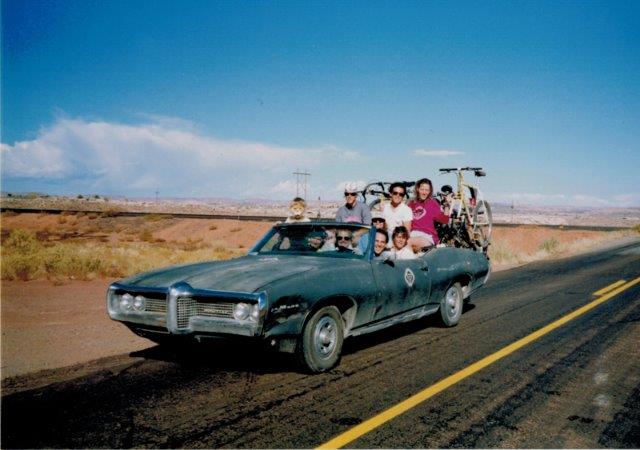 EN-ROUTE TO THE CANYONLANDS WITH THE WTB CREW

Hank also wrote about a new concept, the art of “cleaning” a trail, that is riding a trail or a section of trail without putting a foot down. “This was all about working on some problem, doing it over and over until finally being able to ride it straight through with no dabs. This was a major transformation, shifting the objective from simply getting from point A to point B, to getting there cleanly. Slickrock riders led the way on this with individuals and groups heading out and just goofing off on the rock discovering what they could ride and what they couldn’t, then pushing the limits even further. Mountain Bike magazine was way out in front on this from the first issue.” 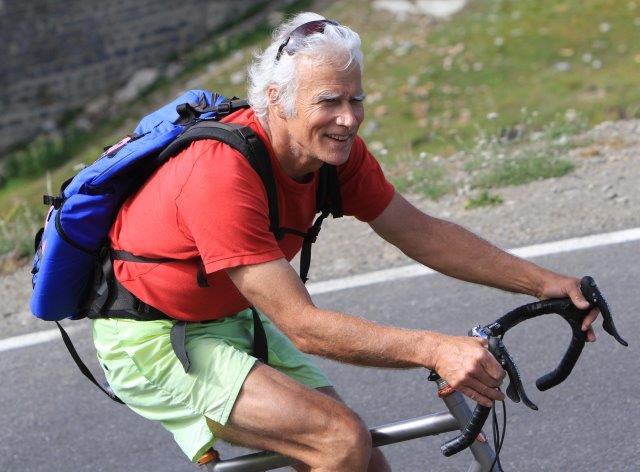 Hank’s wide range of editorials included “a call to support the local bike shops and small builders because the health of any system is diversity and innovation and that’s what they provided.” The Mountain Bike Hall of Fame itself was suggested by an editorial that Hank wrote for the May/June 1987 issue. He said the sport needed something like that to preserve its history while it was still fresh in people’s minds. Hank says that “Everyone I said ought to be in the Hall of Fame ended up being inducted, and it’s gone on to fulfill everything I wrote about back then.”

Hank also started the Colorado Grand Tour, an unofficial, unauthorized, mostly unpublicized, and fully hardcore week-long tour through the Colorado back country. Says Hank: “It wasn’t a race, just a group of mountain bikers riding hard day after day through the Colorado mountains from campsite to campsite. Each year the route was different and just about every time included trails that probably had never previously been ridden. The last one included a trail that would be closed to mountain biking the following year because of the proposed Fossil Ridge Wilderness. The Colorado Grand Tour rode it, along with a whole lot of other killer trails. Joe Murray was on that tour and said afterwards that the only thing he’d done that was harder was a five-day stage race in Vail.”

“Looking back, I have to say I’m proud of what we achieved. Kim Schappert, with no prior experience, did all the design and layout while Nancy Schappert kept the office planning efforts organized. Those early years with Mountain Bike were for me the golden years of mountain biking, with the only disappointment being the fact that budgetary restraints never allowed me to fully exploit the incredible visual opportunities the sport provided. We still managed to produce a magazine that still generates comments, by those who knew it back then, that it was the best cycling magazine there was. With way more money I’m sure it would have gone on to greatness. Instead it was bought by Bicycling Magazine (Rodale Press) and things changed. For those first few years, Mountain Bike magazine was I believe something pretty special, a beautiful spokesman/promoter for the mad world of mountain biking.”