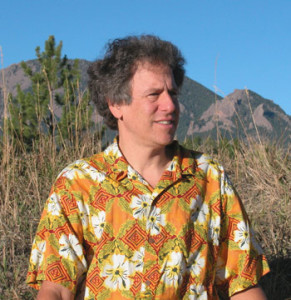 Gary Sprung has been arguably the sports number one advocates for the past two decades years, working with local groups in Crested Butte and for the International Mountain Bicycling Association.

As someone who has worked with Gary for the past six years at IMBA, perhaps I can offer a unique perspective about what he brings to the table.

Gary, is without a doubt the most knowledgable advocate I have ever met. If there is ever something we do not know about a policy, or the correct approach to take on an issue, Gary is the guy you goto.Garys passion for reviewing documents, absorbing policy information, combing through maps and negotiating with organizations around the country is basically the glue that holds the entire IMBA advocacy staff together. He does the work that might not be super glamorous, but is absolutely necessary to
get the job done.
Yet Garys role at IMBA is not simply limited to archiving policies and such – he is a masterful adocate and negotiator–and does so with his own style.I have been in many a Washington,D.C.congressional room where the staff of that politician has been giving us the standard “yup, yup, yup” glazed over reply – that is until Gary steps up. Garys knowledge inevitably wows people, and his grace in delivery also makes people listen.

Over the past six years, I have seen a lot of mountain bike advocates – IMBA employees, club leaders, volunteers, board members, etc – and I can honestly say that Gary
Sprung is flat-out the best “mountain bike advocate” there is. If push came to shove, and I needed one person to handle an issue, Gary would be the one.

One final note – as you may know, Gary brings a unique
style to the advocacy world. He is a throwback to the early days, where mountain biking was a bit of a renegade activity that stressed
individualism. That Gary has maintained this individualism AND done an amazing job as a mountain bike advocate is a tribute to his geniune passion for the sport.

Gary served the International Mountain Bicycling Association, IMBA, for 14 years, first as Communication Director, then as Senior National Policy Advisor . He is well versed in issues such as public lands management, multiple-use recreation policies, bicycling and Wilderness, and trails development around the nation. He has worked as a mountain bike advocate since 1983, when the U.S. Forest Service closed bicycling in a Wilderness area near his home of Crested Butte, Colorado. He also worked for ten years as a Environment Editor for Mountain Bike Magazine.
During his 21 years in Crested Butte, Gary participated in activities of the High Country Citizens’ Alliance, an environmental group working on issues including water, Wilderness, timber, mining, recreation issues, and growth management. He served on the HCCA board from 1982 to 2002, and as paid President 1989 – 96. Sprung worked for 13 years to convince Congress to designate Fossil Ridge and Oh Be Joyful as Wilderness areas and they were designated in 1993. In November, 1995, the citizens of the town of Crested Butte elected Gary to a four-year term on their Town Council.
Today, Gary works as a Filemaker database and web developer through his company, Gnurps Consulting. See: http://www.gnurps.com.
Gary now lives in Denver with his beautiful, new wife, Carolyn Hales.