If a place could be inducted into the Mountain Biking Hall of Fame, it ought to be the Whistler Mountain Bike Park (WMBP).

Since opening in 1999, the WMBP has served as a hothouse for global mountain bike culture, concentrating so much energy in one place that it launched countless athletic careers, generated previously unknown lines of business, influenced trail building techniques and standards, spun off an events arm, Crankworx, and a consulting business, Gravity Logic, and catalyzed the development of mountain bike tourism.

The success of the Whistler Mountain Bike Park belongs to the entire culture of mountain biking – every single rider has contributed to its growth and significance. 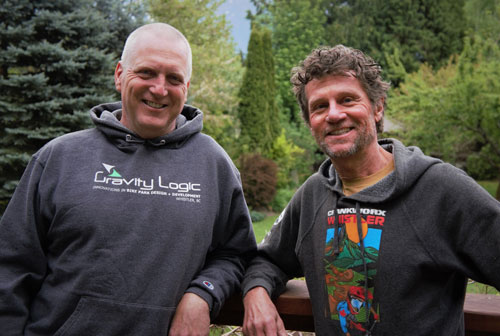 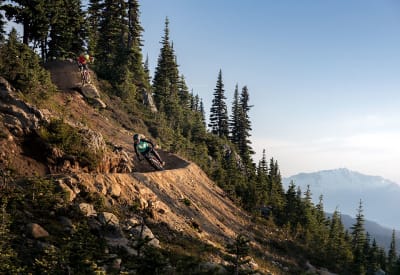 Two men, however, found themselves at an inflection point in 1999, and warrant particular recognition for the WBMP’s launch, success, and the subsequent growth of bike parks around the world. They are true Bike Park pioneers, Dave Kelly and Rob McSkimming.