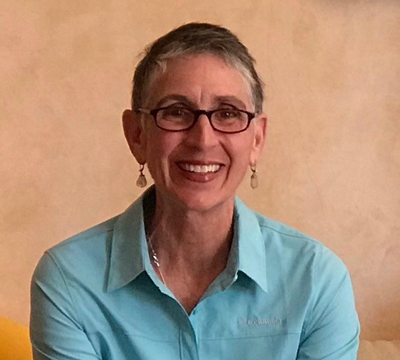 Board member since: October 2016

Cecile was born in San Francisco and her parents moved the family to Marin County before her first birthday. For her graduation from 8th grade, Cecile’s parents bought her a life-changing gift: a ten-speed bicycle. That bicycle was much more than transportation; it enabled her independence. The occasional broken spoke or flat tire was, for Cecile, an opportunity to learn about bicycle repair and wheel building. Those skills made her an able bicycle shop employee throughout high school and college. The bicycle was also a great way to meet new friends. Cecile found tremendous support among the cycling community of the 1970s, including riders who later founded the Marin Museum of Bicycling. While at Redwood High School, she raced in the Marin County High School Series and other local road races. She was a founding member and treasurer of the Marin County road-racing club, Velo Club Tamalpais. She built up her first mountain bike in 1980 and that bike expanded her cycling opportunities.

Cecile discovered the profession of physical therapy and graduated from UCSF’s PT curriculum.  She worked in Marin for most of her career as a manual therapist who treated chronic pain patients. Now, semi-retired, she provides physical therapy services in San Francisco. In 1989, she married Jeff Bodington, a San Anselmo native. They live in San Francisco where they raised their two boys. Cecile still loves to cycle on-road and off-road. You may spot her riding around San Francisco on her very first bike, a now-vintage Schwinn 2-speed.

In March of 2016 Cecile began volunteering at the Museum. Her enthusiasm for bicycles and people make her a great fit for the volunteer team. Her cycling knowledge, dedication, organizational skills and can-do attitude earned her a spot on the Board in October 2016. 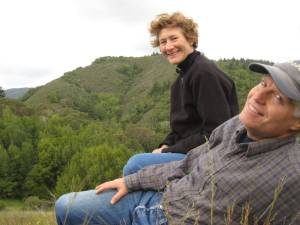 Treasurer, Archivist and Assistant Curator
Board member since: February 2016

Marin County native Connie Thorpe Breeze became a cycling advocate and cyclist during a fellowship year in Britain in the late 1970s. Riding a succession of rental bikes around towns and cities and to explore countryside, she saw how well cycling was integrated with public transportation, and how cycling kept people of all ages happy, healthy and engaged with their communities. Her appreciation for bikes as vehicles for personal, societal and global health has increased through the years. On returning to the Bay Area she commuted by bike to her work in Palo Alto, San Francisco and Marin as a printer, bookshop manager and editor. After marrying Joe Breeze, Connie entered the bicycle industry, helping manage the Breezer brand for mountain, road and transportation bikes. She also worked with the Marin County Bicycle Coalition and Marin County’s Safe Routes to Schools program as an editor and a bike-rodeo hand.

Connie began volunteering at the Marin Museum of Bicycling in 2015, bringing her skills as editor, assistant curator, docent and bookkeeper. Fascinated by the rich history of cycling, she most enjoys working on the museum’s displays to help convey cycling’s past and present contributions to society, and its rich potential. She was named to the Board in February 2016. 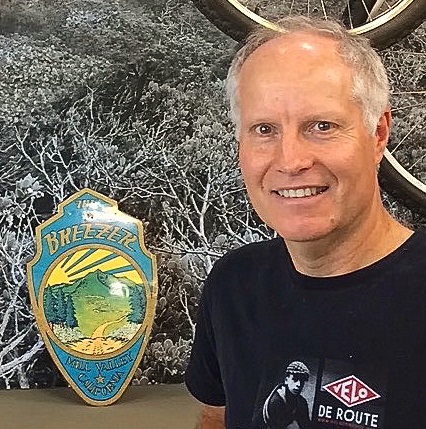 Joe Breeze is one of the central figures in the development of mountain biking. He is best known as the designer-builder of the first successful modern mountain bikes. His Breezers were the first all-new bikes built with rugged frames specifically for mountain biking (1977 and 1978).

Joe was instrumental in the founding of the Marin Museum of Bicycling, designing the floorplan and exhibits. He serves as the museum’s head curator and has amassed an impressive collection of bicycles and ephemera.

For more about Joe, please see his page on the Mountain Bike Hall of Fame and his Wikipedia page. 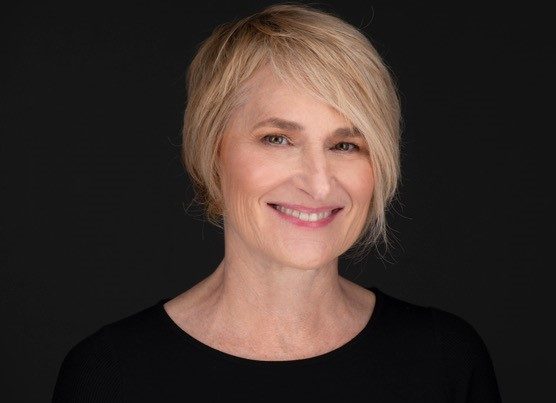 Deb Callahan is the founder and president of North Star Strategy, a consulting firm that provides services to nonprofits and foundations.

A nationally recognized environmental leader and spokesperson, she was president of the national League of Conservation Voters for a decade and oversaw LCV’s development into the nation’s most powerful force for environmental politics. As president of the Heinz Center for Science, Economics and the Environment, she worked with internationally renowned scientists working at the cutting edge of science and policy to address critical issues related to biodiversity and climate change.

In 2018, while serving as executive director of the Bay Area Open Space Council, she designed and led the successful San Francisco Bay regional organizing campaign to pass a $4.1 billion statewide bond for parks, open space and clean water.

Having served as founding Executive Director for the Brainerd Foundation and as a Program Officer for the W. Alton Jones Foundation, she understands the unique and influential role that philanthropy can play in achieving significant social progress.

She has advised and worked for numerous presidential, senate and house candidates, and campaigned for over a hundred pro-environment candidates running for office. As a United States Senate staff member she was responsible for a senator’s energy, environment and science/technology portfolio, and served as his liaison between DC and his home state.

As a member of numerous boards of directors and advisory boards, Deb has served in governance roles with leading institutions such as the World Resources Institute, Earth Day Network, America Votes, the Federation of State Conservation Voter Leagues and the Environmental Grantmakers Association.

She is an avid cyclist who loves exploring the Bay Area’s roads and trails on two wheels with her favorite peloton: super-domestique and husband Ken Cook, and “downhill specialist” and shredder-in-chief son Cal. Favorite bike adventures include annual Tour de France excursions, exploring the rim of the Grand Canyon on her Cannondale V900 and riding Loma Alta’s 680 Trail.

Deb is a native Californian who grew up in the Los Angeles area and Hendersonville, TN. The next chapters of her life followed a circuitous route, living and working in 26 states, and visiting over 40 countries. She has happily settled in San Anselmo, CA for the duration. 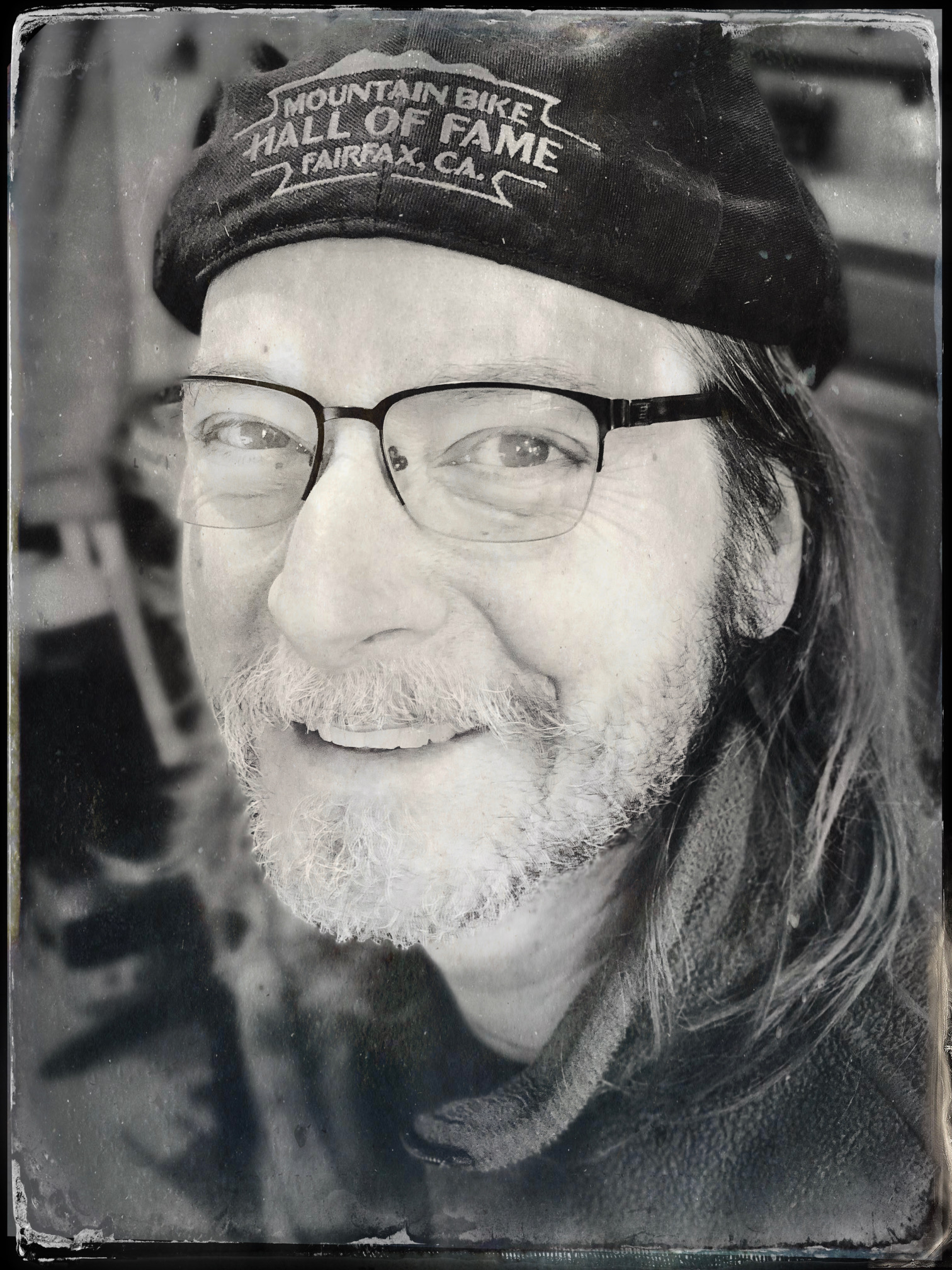 Marc is a bay area native, born in Redwood City. His family lived in San Francisco during his grade school years and they moved to Mill Valley in Marin County in 1969. Marc started riding as a way to get to Redwood High School in 1971. He quickly joined the lively mountain biking scene there, and fell in love with the 1930’s and 40’s vintage balloon tire bikes and eventually became a collector. Marc was one of the earliest riders exploring the incredible singletrack trails and fire roads of Mt. Tam on the vintage mountain bikes of the day.

Marc was also an accomplished road racer with VeloClub Tamalpais and competed in state and national championships and international stage races until he retired from full-time racing in 1978. Riding his Schwinn cruiser to club meetings in the mid ’70s, he introduced some of today’s well known names of the sport to the joys of mountain biking.

After returning to Marin from years away living in Alaska and the Pacific Northwest, Marc lit the flame that began the Marin Museum of Bicycling in 2013, and helped to build the founding board and create the nonprofit museum organization. He was instrumental in leasing and constructing the museum space.

He has been serving as the board President since the organization’s founding and is its unofficial Chief Operating Officer and Chief Technology Officer.