Since my days of riding the LA suburbs on my Peugeot UO-8, I noticed a distinct absence of girls riding bikes. I was one of three PEOPLE who rode a bike to Taft High (3,000 students). Then in 1981 I started racing– first road, then off-road bikes, and again, a total drought in the women’s department. 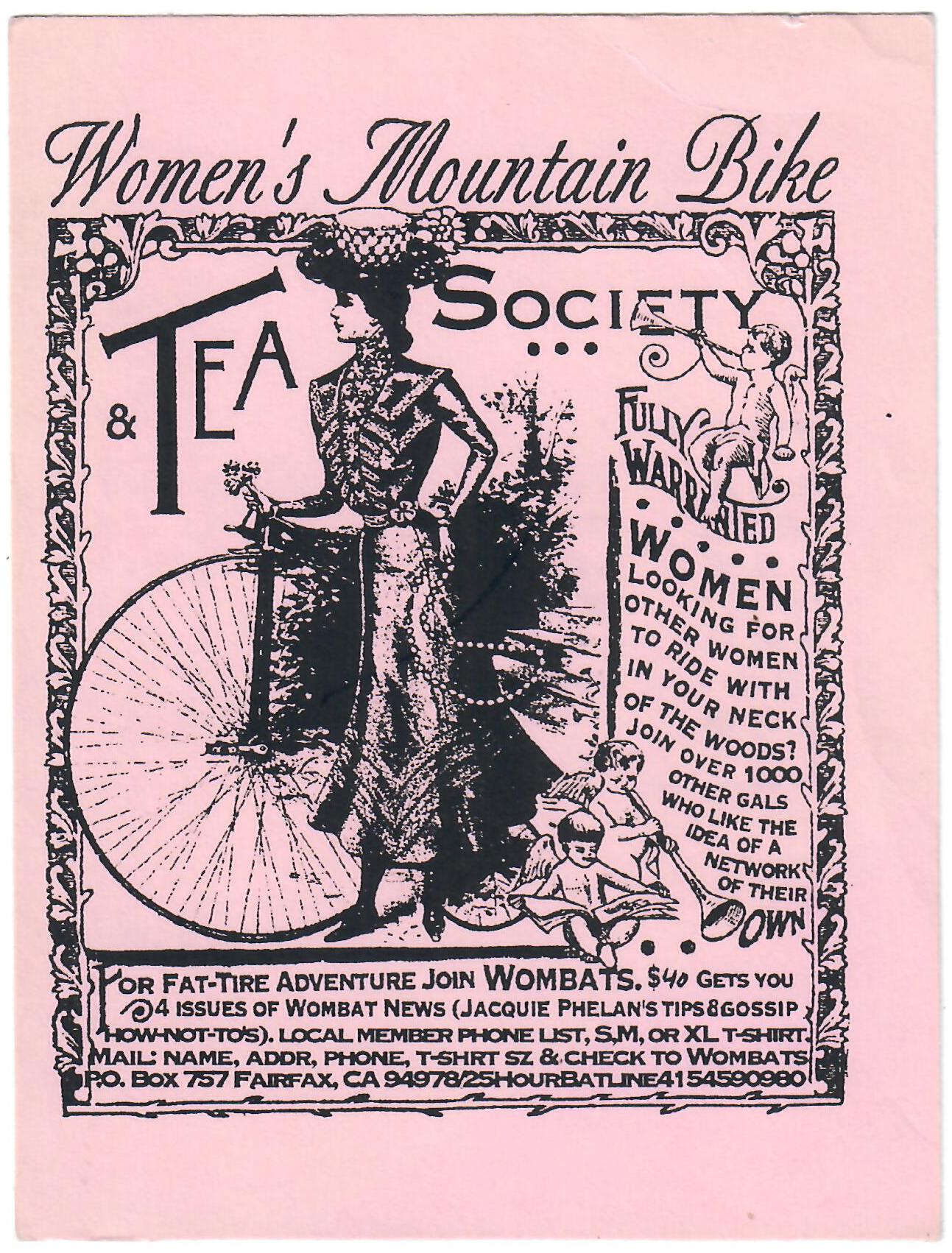 My natural bent is zealotry, it’s in my genes.  But also, I was such a weirdo, I could never join any group. I’d spent time in college picking apart the reasons for women not being permitted to vote, join a golf club, run for office, etc…so I was armed for the fight against macho exclusion and clueless bike industry. 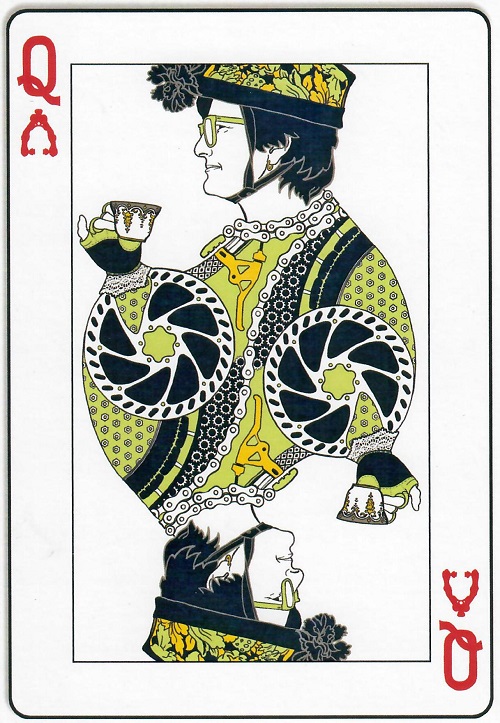 WOMBATS had two predecessors: one, an Oregon political group dubbed the Ladies’ Sewing Circle & Terrorist Society, which sounded like the kind of club that a non-joiner like me would eagerly join.
And two, Women Climbers Northwest created by Kathy Phibbs who clearly shared a lot of my silliness and fun-loving, bring-in-as-many-women-as-you-can attitude I did, and together with her equally gifted mountaineering partner Hope Barnes they led legions of beginner women into the snowy steeps, often in costume. Phibbs was known for her red chiffon dress and distinctive pill-box hat and cheesy 50’s sunglasses on the summits of the Cascade peaks. She was reminding the world that, long before the invention of nylon rope, a few women in the 19th century were bagging peaks in long, heavy Victorian apparel. To Phibbs, the party’s the thing.
And to me, racing should feel like a party, rather than like a war. The more, the merrier, and one doesn’t have to crush the other competitors. Or even compete! Back in those days, racing was almost the only way to meet and make merry (well, there was the Appetite Seminar on Thanksgiving, too). But emphasizing easy, safe and slow rides would be my recipe for addressing that blend of curiosity and trepidation that makes women SEEM unsuited for the gnarly dirt.

We produced the world’s first skills camp. The year was 1984, Mother’s Day, and Casey Patterson and I produced a mother-daughter ‘cramp out”. This was so galvanizing—many of us went topless on the second day—that I began leading rides for women, and casually coaching the women who showed up (and asked for help—no sense in ramming helpful unsolicited advice down someone’s throat). 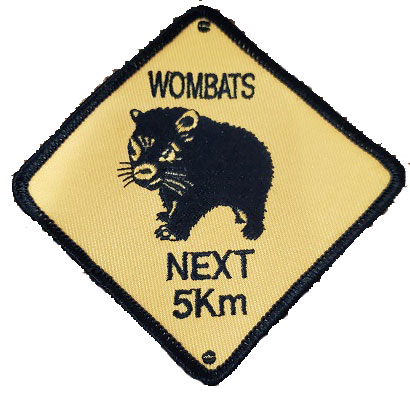 came three years later in a dream. From 1987 til now, I’ve promoted cycling for women as the solution for dozens of maladies, from low-self-esteem to  ‘nervous vapors’.  The start was me just handing out my card with ‘Sunday ride with tea following’. Fred Hightman ‘s Bread & Chocolate bakery ‘doughnated’  a pink box of his European-style pastries every week. To add atmosphere, I hauled a huge pump top thermos and a bunch of melmac™ cups in my panniers. The tea was for real. It stands for Time, terror, terroire, and tenderness.

I created badges: a wombat on a bike, a teacup with “so many trails, so little time”, a road sign (pilfered from the Australian Dept. of Transportation), as well as professionally designed “world beat” badge by Sandy Gin and “Live Long & Perspire” badge by Tim Mitoma. 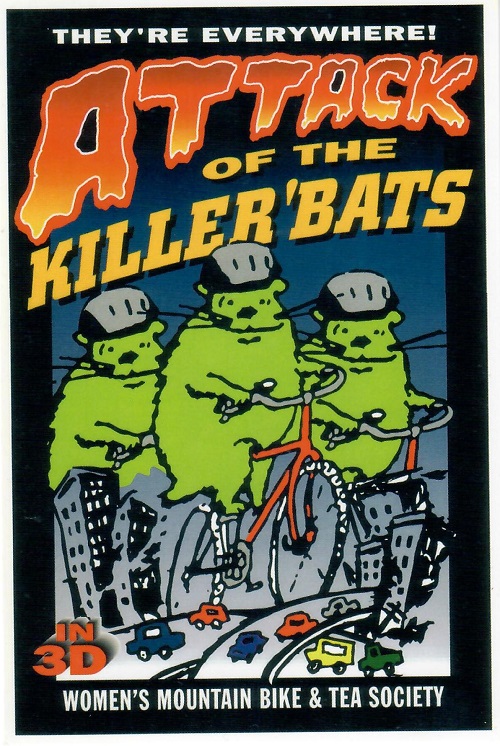 I wrote four newsletters a year, had them formatted, practically lived at Kinko’s, blew a fortune on first class postage, taught skills, and bummed rides to the races when I wasn’t flying. 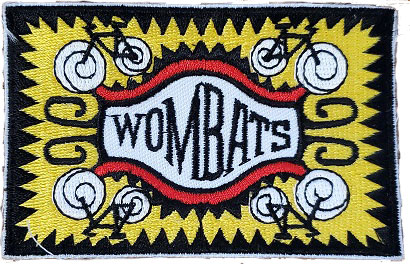 When things were really going, in the early 90’s, there were 900 women in the club, who got a phone contact list, tee-shirt and patch, with four newsletters to underscore the activities of chapters ranging from Alaska to Massachusetts.

I led many rides, and coached women to become accomplished leaders. Some became coaches themselves.  And  always, I rode at the rear, where the newbies would be. I created skills which I never wrote down because I knew they’d be borrowed in time by corporate mtn bike camps when, 15 years later, they’d start to see the profit potential of teaching people what I was always being told: “people already knew how to ride a bike. Why would anyone pay you?”

Since I was racing my superior machine, built by my husband Charlie Cunningham, I didn’t have much access to industry funding– regardless of my race results. So I created the west coast’s first bicycle swap meets, under the silly name of St. Packrat’s Day. I ran ‘em in March, to match the date (mid-march, St. Pat’s day, geddit?) and it was a way I could alchemize useless 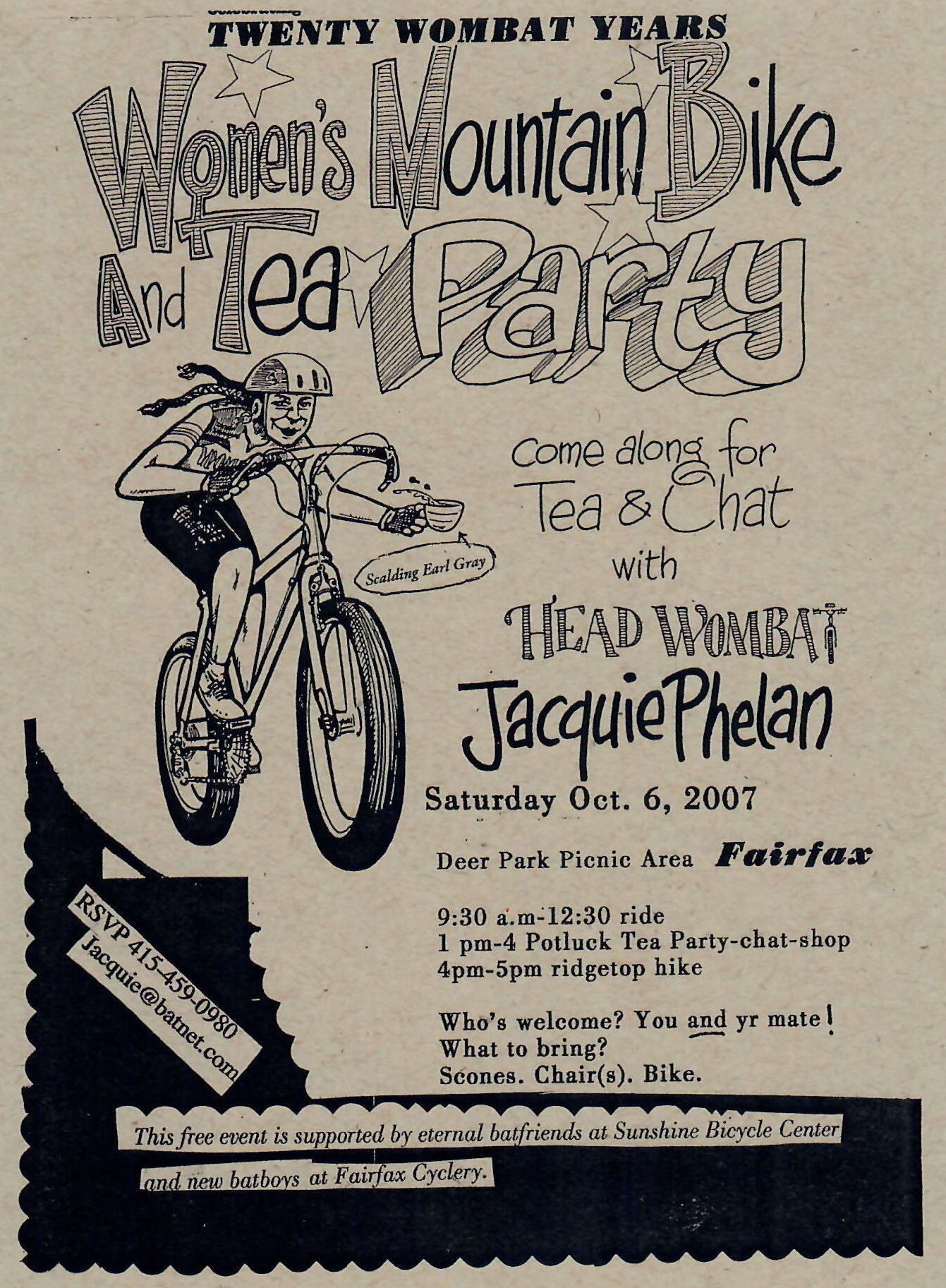 dusty “prizes” into usable cash.  Eventually I let it get taken over by Marilyn Price for her Trips for Kids, since she knew better how to wring money from swap meet folk. I was, and still am, too scattered to really ‘run’ anything. 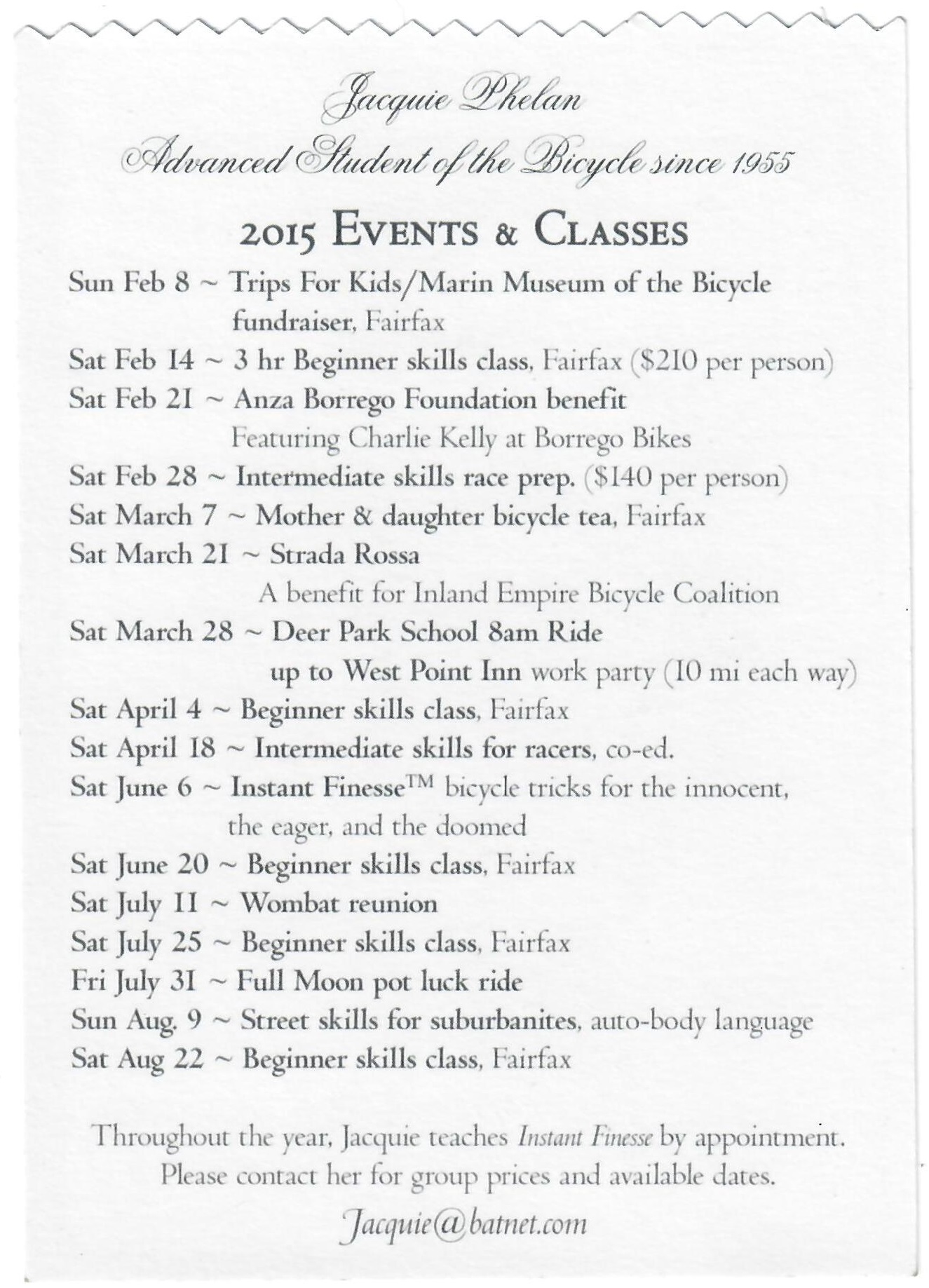 WOMBATS got an unbelievable amount of press from women’s magazines around the world, and sometimes even men’s rags like Sports Illustrated and Outside.

All of this helped create a situation where women might feel welcome. Even now, the High School teams struggle to get girls on the race teams, but I feel that if the schools took away the competitive part of the mtn bike club, they would get a surge of girls interested. I got into ‘sports’ as a bike commuter. Not as an ‘athlete’. I just happened to be stronger than most, while plying my eco-fem message.

The women that I knew in wombats really didn’t pay attention to the racing side of mountain biking. They just wanted to have fun out there.

This was Joe Breeze’s message, and it will always be mine, too.

Every hour on the bike is an hour in perfect balance. Until we hit the ground.
— Carmen DeNominator