Tamalpais Scenic Railway– the crookedest railroad in the world

? You can click on photos to enlarge them and read more information

We hope that soon, Marin Museum of Bicycling will be able to open its doors to a special exhibition about the Tamalpais Scenic Railway. That’s the railroad that, from 1896 to 1929, conveyed tourists from all over the world up the serpentine route to the crest of Mt. Tamalpais. Ever since, hikers and cyclists have enjoyed the “Railroad Grade” and its expansive views. Our exhibition will feature a 109-year-old, 1/10th-scale model of one of the special mountain-climbing shaft-driven locomotives that pushed trains up the eight-mile grade to the summit, around 281 curves. 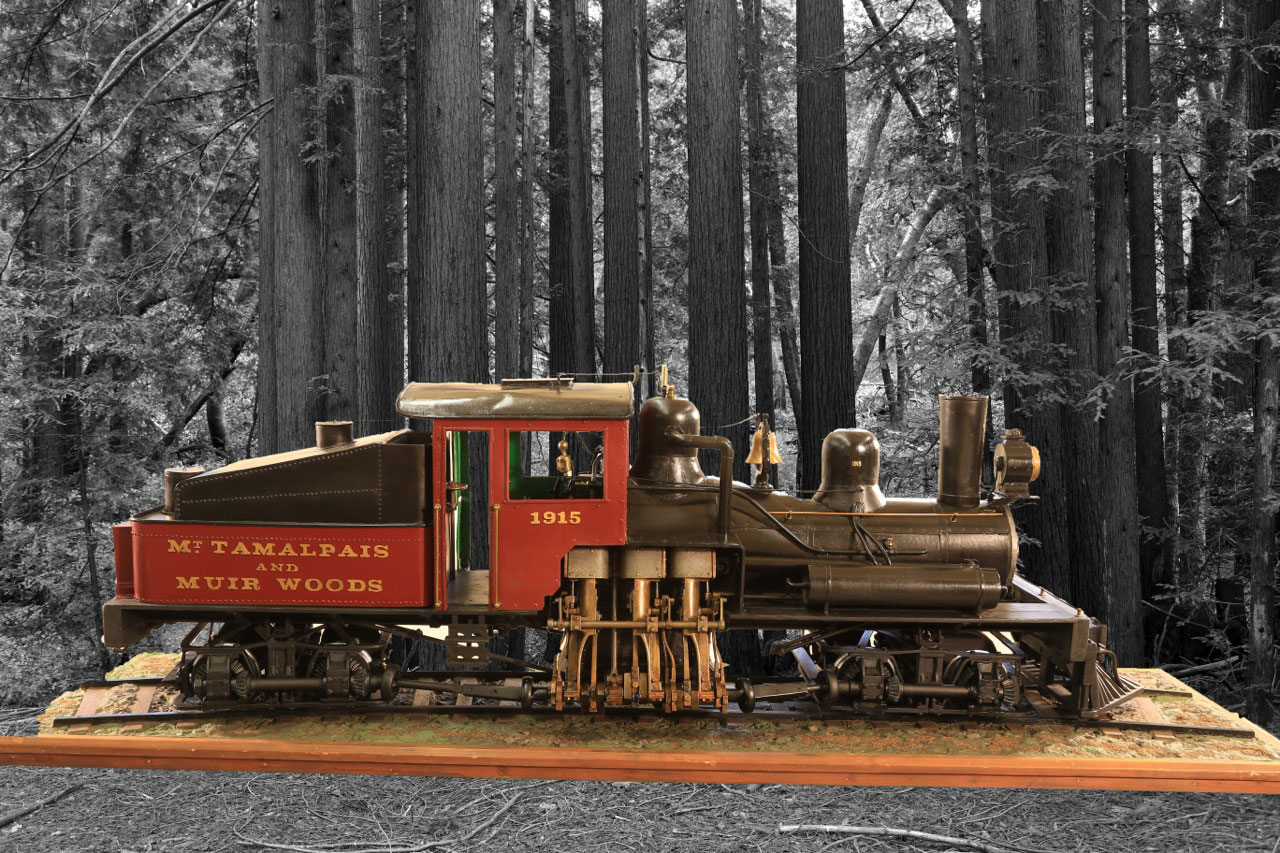 Most of the work on the engine model was done by Mill Valley resident Howard Folker, a conductor, engineer, and machinist for the Tamalpais Scenic Railway. Folker completed the model in December 1911, and that same month it went on display in the Railway’s ticket office in San Francisco’s posh Palace Hotel. A 1911 newspaper article in the Sausalito News describes how holiday shoppers would crowd around the hotel’s Market Street window to get a glimpse of the model locomotive and its moving drivetrain.

“The Scenic Railway put the village of Mill Valley on the world stage,” said historian and Mount Tamalpais Scenic Railway author Fred Runner. “Suddenly, Mill Valley was a tourist destination on par with other scenic railways in Colorado (Pikes Peak), New Hampshire (Mount Washington) and Switzerland (Jungfrau’s Eiger). Mount Tamalpais offered a greater variety of scenery for less money per mile than the others.”

In 1915, San Francisco hosted the Panama-Pacific Exposition celebrating the opening of the Panama Canal, and people came from all over the world. Many would steam up Mt. Tamalpais aboard the scenic railway. After staying at the Tamalpais Tavern they would glide down the rails on the highly popular and unique “gravity cars” into the newly established Muir Woods National Monument, or into downtown Mill Valley. Panoramas unfolded around every curve as they silently descended at 12 mph.

After years of popularity, and having carried passengers such as Susan B. Anthony, Sir Arthur Conan Doyle, Jack London, and John Muir, the Tamalpais Scenic Railway ran its last passenger train. The company filed for abandonment in 1930 and the Railway was scrapped that summer by Chicago’s Hyman-Michaels (now Azcon Metals). The locomotive model was taken to that company’s headquarters in the midwest. In 2016, the nonprofit organization Friends of Mt Tam arranged a loan of the model. After a meticulous restoration by San Anselmo master modeler Phil Gazzano, the model went on display at the Civic Center Library in San Rafael, and then at the Mill Valley Library.

This Engine 1915 model and real Engine No. 9 are about the last surviving artifacts of the mountain railway. A few years back Friends of Mt. Tam and bidding partners were high bidders for No. 9, which had been on display in Scotia, near Eureka, since 1956. It is awaiting cosmetic restoration, and when ready will likely be gracing Mt. Tamalpais or Mill Valley once again. See: https://www.friendsofno9.org/

When the Marin Museum of Bicycling is able to open its doors again, visitors will get a chance to see the model locomotive and learn more about the history of the Mt. Tamalpais Scenic Railway. Our temporary exhibit will also include photographs and a few other items, from the museum’s own collection and some local private collections. 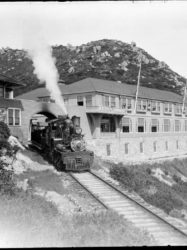 Engine No. 5 poses at the Tavern of Tamalpais, circa 1914 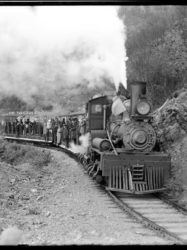 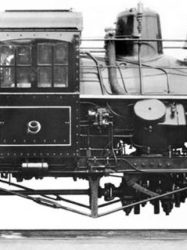 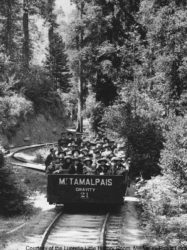 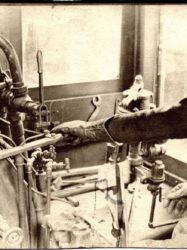 Inside a Shay locomotive on Mt. Tamalpais, 1907 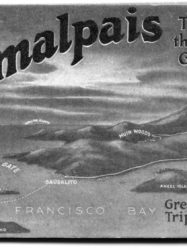