By lena maria garcia estrella   July 6, 2020
Board Secretary & Muse
? You can click on photos to enlarge them 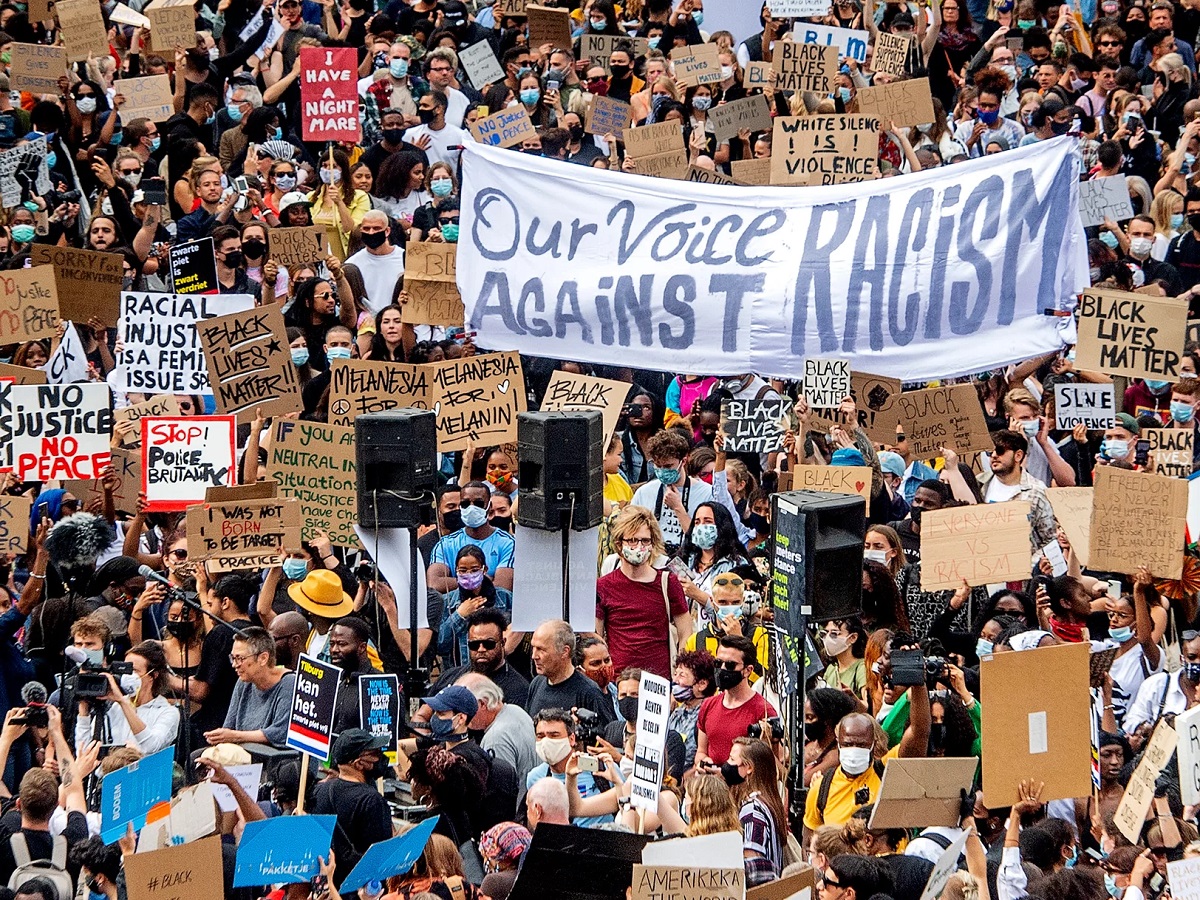 You and I, in fact everyone all over the world,

we are literally African under the skin; brothers and sisters

Old-fashioned concepts of race are not only socially divisive,

The Virus of Racism... This being a bicycle museum and all, I initially set out to write about Marshall W. “Major” Taylor, the world famous African American cyclist born in 1878, who encountered racism at every turn on the race track, and rose above it to become a hero to many. While researching and reading through his autobiography “The Fastest Bicycle Rider in the World – America’s first black world’s sports champion” as well as “Major Taylor” an outstanding book by Andrew Ritchie, I found my outrage increasing with every page I turned as the very same brutal acts of racism that Major Taylor experienced long ago are still playing out on our world stage today!  I was compelled to change course and write in protest of what I call the virus of racism.

I Can’t Breathe… The historical oppression and tyranny of slavery that has morphed over time into the current day subjugation of Black lives via the legacy of entitlement, white privilege and militaristic force must no longer be tolerated. Those with racist hearts who have become rich and powerful on the backs of people of color throughout the world must be stopped and brought to justice. Racism is profoundly immoral and like a virus it infects us at random, often with deadly consequences until we are finally vaccinated. The virus of racism has been running unchecked among us for centuries at pandemic levels and must be eradicated once and for all.  “I can’t breathe” is not only an indictment against racists but also of those who remain silent – not standing up for and protecting the persecuted minority. If one of us can’t breathe, none of us can!

The Ecology of Suffering… I am actively grieving with millions of others, the atrocities that have gone down throughout history, as well as those currently being perpetrated in the name of law and order. Allegorically, I believe Mother Earth is mad as hell about the inhumane treatment of the Diaspora – all the indigenous cultures that have been displaced, disrespected and abused solely because of the color of their skin. Just as she weeps for the assaults to her ecosystem from greed and violence from warfare, so does she weep for us as we reap the consequences of our destructive natures toward our fellow Black brothers and sisters. 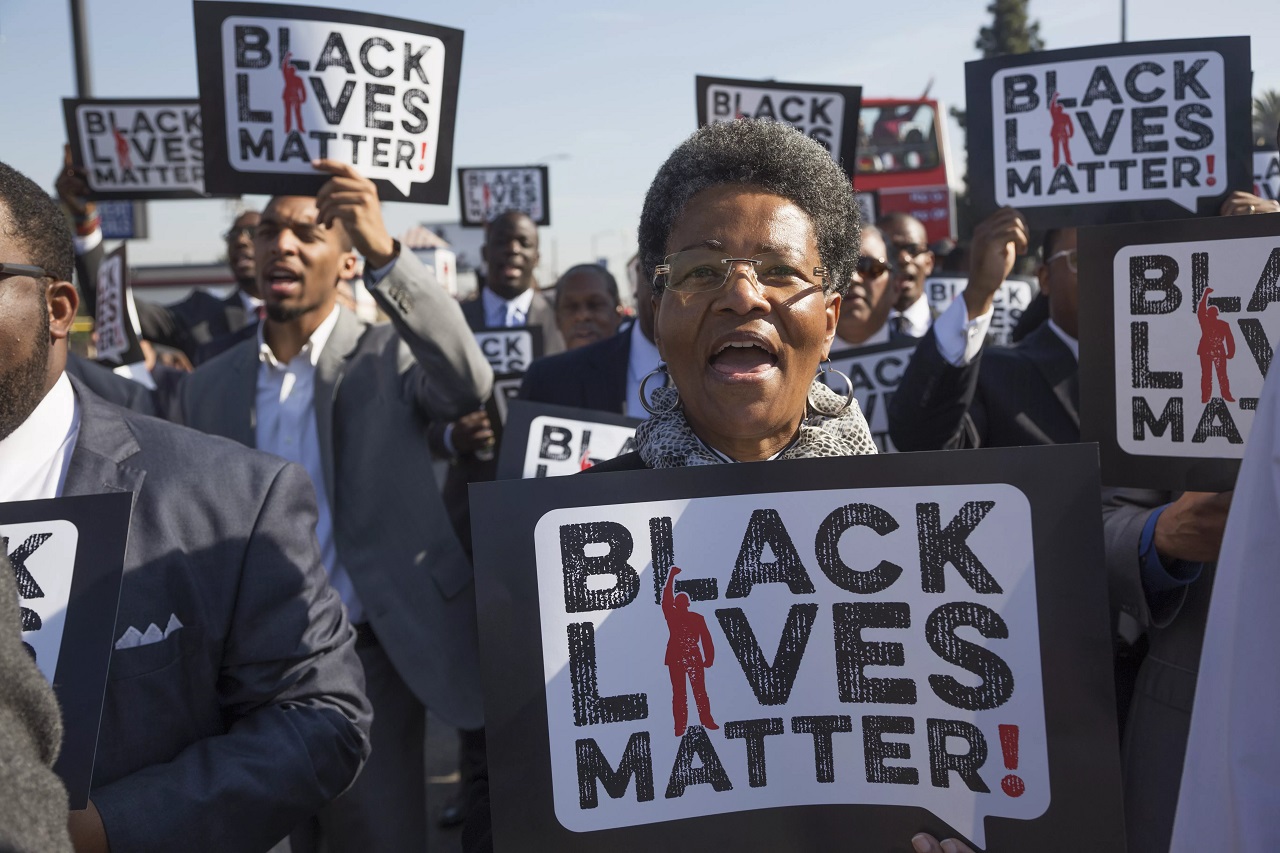 Black Lives Matter… The indefensible acquittal of George Zimmerman, the murderer who shot and killed 17 year old Trayvon Martin in Sanford, Florida in 2012 was the impetus for the Black Lives Matter movement begun in 2013. Alicia Garza, known as one of the co-founders of the BLM movement said “It is the relationship between all of us that makes a movement.“  We are a part of a larger movement that has been dubbed the Black Lives Matter movement but it is really the Black freedom movement, which has been in process ever since African people were enslaved and set foot on these shores.” Alicia and her partner share a dream of “getting people who believe that all lives matter to fight like hell to make sure Black lives matter.” (Interview – Rob Sidon Common Ground Magazine October 2017)

A Day in the Life … I’ve heard the response “all lives matter” (usually coming from a white person) and of course they do, but in reality they don’t for Blacks.  So yes – I’m fighting like hell to make sure Black lives matter! For those of us who do not have black skin let’s seriously consider what our day might look like if we did. Go ahead, put on the shoes of a Black man, woman, teen, or child and walk out your door. A potential minefield of admittedly stereotypical but very real scenarios might await you – it’s the luck of the draw: you’re stopped and questioned for wearing a hoodie; forced to move for sleeping in your car, shunned or bullied at school or on the playground; followed around while shopping in a high end store, receive slow or no service in a restaurant; be shot at for holding something in your hand that might look like a gun. Now imagine doing this every day – running the gauntlet of racist fear and anger directed at you simply because of the color of your skin.

Systemic Racism… The denial of services to Black people continues to exist in many egregious forms: housing segregation (in earlier times enforced by the lynching of African-Americans); unequal living standards; redlining – via banking and insurance services; health care disparity; lack of local supermarkets; voting suppression; hostile policing and retaliation via a broken judicial system which is horribly understaffed and unable to provide true legal representation; innocent people asked to “plead guilty for a lighter sentence.” Then there are all the unrepresented languishing in jail unable to make bail! It’s truly unconscionable! The American Dream… I was born in Manhattan to a Puerto Rican mom and Dominican dad, because my grandparents had sacrificed and worked extremely hard to move to the US in search of the “American Dream” for their children. Our families have borne our share of racial injustices and sadly over time, big and little cuts leave scars both in the heart and the mind. However, let me be clear – as a light-skinned Latina, my experiences literally pale in comparison to those of my fellow Black brothers and sisters – for theirs is a daily struggle. The Nightmare... It’s disheartening to know that to this day, the majority of Black Americans in the US have never been able to experience the so called American Dream. Instead they’ve continued to be enslaved due to the nightmare of rampant racism that has been fueled by a trifecta of ignorance, hate and intolerance. How can it be that in 2020 Martin Luther King’s I Have A Dream speech has yet to be realized?

You Can’t Fight Racism With Racism…“An eye for an eye only ends up making the whole world blind” Gandhi. We must remember that none of us got to choose the circumstances we were born into. So when we meet someone who appears to be different from us – let’s not be quick to judge them from the outside. We must look deeper to see what forces such as race, poverty, abuse, religion, ideology, education, generational racism, indoctrination; etc. may have shaped their lives. Near the end of his life Malcolm X had a spiritual epiphany writing “The true brotherhood I had seen had influenced me to recognize that anger can blind human vision.” Malcolm’s philosophy changed to seeing “racism and not the white race as the enemy of justice.”

Finding Common Ground… Racists won’t know any different until they meet someone who can make a difference in their way of thinking through the power of connection. Start by sitting down with someone different than you and begin to have an honest conversation with them from the center of your being – from a heart full of compassion. That’s just what happened to Derek Black, a white supremacist whose lineage includes a father who founded Stormfront the largest racist community on the internet, and his Godfather David Duke, is a KKK Grand Wizard. While Derek was attending a liberal arts college, fellow students discovered that he was a leading figure in the white nationalist movement. An Orthodox Jewish student invited him over for weekly Shabbat dinners, and Derek began to question his beliefs, eventually denouncing his family’s racist ideology. If someone is infected with the virus of racism, we can face them with courage, compassion and honesty and apply the only fool proof vaccine that will work against hate – the power of LOVE.
“Love & Compassion are necessities. Not luxuries. Without them, humanity cannot survive.” Dalai Lama (Happy 85th Birthday, July 6th!) 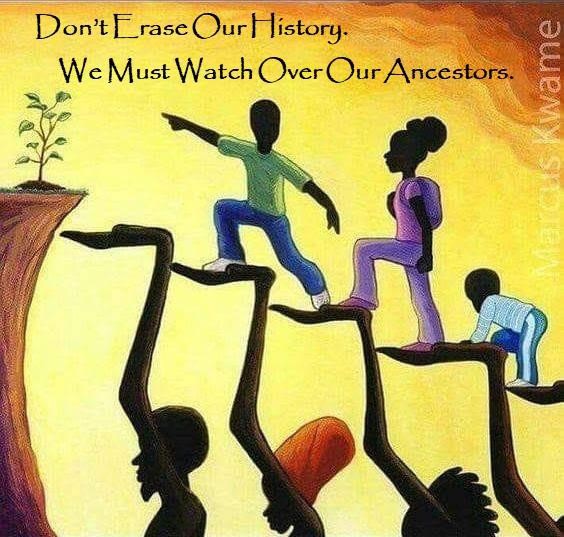 “Black and White – These twin sisters make us rethink everything we know about race.” I read the article Skin Deep, the Science of Race and it deeply resonated with what I had already intuited to be true.

Evidence exists that all humans, past and present, can trace their ancestry back to a single ancestor who lived in Africa about 60,000 years ago. Genetic evidence shows all humans are 99.9% identical and do not fall neatly into physical categories some people call races  The differences among us – like skin color and hair texture – evolved as humans adapted to different environments.” National Geographic Traveler: In the Footsteps of My Ancestors

Take Pride In The DNA We All Share… I believe that our Roots matter, and I also know that our cultural differences must no longer be weaponized for profit and power. We can learn so much from each other. Just as every color is needed to make a beautiful rainbow, so must we all join our Black brothers and sisters in demanding equality, justice and the fundamental right to be heard and respected! Let’s finally eradicate the virus of racism, while at the same time celebrating and delighting in our cultural differences.

Expressions of Activism… Rise up and protest through art-making; biking; cooking; dancing; donating time or money to organizations tackling the hard issues and shaking up the status quo; gardening; making music; marching; meditating; praying; volunteering; VOTING; Wake this world up! Be visible – keep the flame alive for freedom and justice!

HIS  NAME IS GEORGE FLOYD 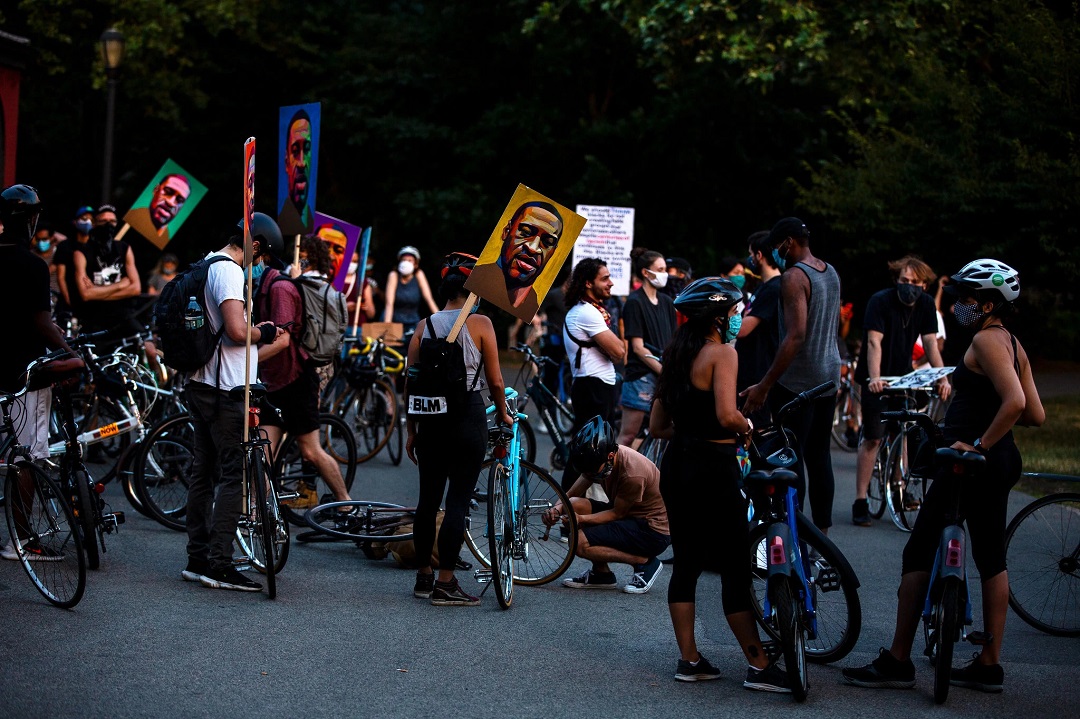 Bike protesters gather at McCarren Park in Brooklyn to prepare for a ride into Manhattan.
Credit…Demetrius Freeman for The New York Times